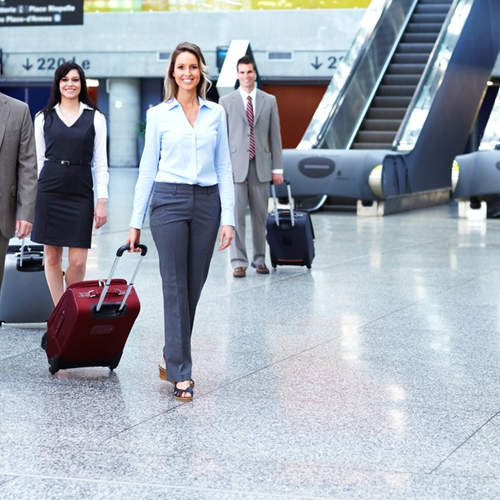 There has been a growing trend in the retail world known as the pop-up store. This is where the businesses create a smaller independent store in a different location. There are a couple ways that this is happening.

The first is where department stores like JCPenney use space on the floor has been rented out to allow specific designers the chance to sell their products in a location that matches the company’s brand.

The other is what is being seen in many airports across the world, and which was profiled in a recent USA Today article. Here, a series of pop-up locations feature a rotating group of retailers that change with the seasons or with the trends. For example, this could mean a frozen yogurt stand and flip-flops during the summer, Olympic gear because of the Sochi Games or “BBC Doctor Who” products because of the program’s recent anniversary.

This kind of idea was taken into account with the most recent San Francisco International Airport remodel.

“We wanted to provide new, small business owners an opportunity to operate at SFO without the cost of an expensive build out,” airport spokesman Doug Yakel, told the news source. “If the shops are successful, they can propose on another space at the airport in the future. If they are not successful, at least they don’t have huge bills to pay going forward.”

In many cases, pop-ups are a “mobile” version of an existing retailer. For these to be successful, a multiple store POS system can become a crucial tool for success. If you are ready to integrate all of your locations into one POS system, contact Visual Retail Plus for a walkthrough of our free demo!