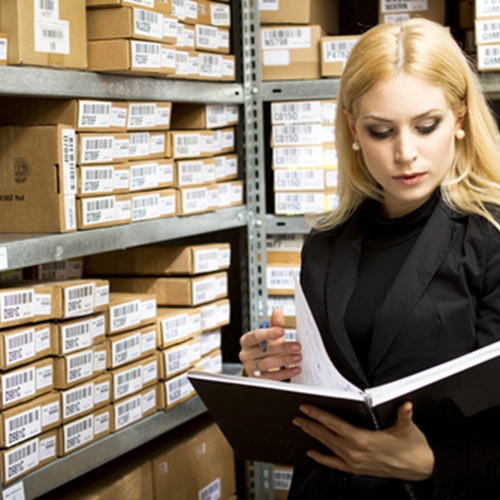 Many companies struggle to properly manage their inventory.

When most people think about retail inventory, there is this idea that having more is always better. After all, what can be worse than having a customer come into your store to buy a specific product that should be on the shelf, only to be told that you are currently sold out. Not only have you lost a sale, but also disappointed a customer who may decide to take their business elsewhere in the future.

However, there can be a number of problems that are associated with having too much inventory on hand. A recent article from City Wire profiled several companies, large and small, that have struggled because of inventory problems.

One company that was examined was Wal-Mart. The retail giant announced in April during its Year Beginning Meetings that is lost an estimated $3 billion in sales in 2013 because of out of stock items. However, during this same time period overall inventory numbers were up 5.5 percent. That means the inventory numbers were increasing while sales were not.

On top of that, it can also be disconcerting for employees to see product stack up or process shipments of items that are already sitting in the back-of-house not selling.

“There can be several reasons for high inventory levels such as slow sales due to product/store selection, seasonality issues, changes in consumer demand, and/or replenishment issues,” said Jami Dennis, co-owner of Rapid Training Solutions. “It isn’t just a negative impact on suppliers, but also Walmart and the consumer. It clogs up the system and slows down the flow of new product scheduled to go into the store for the next season.”

David Strasser, an analyst at Janney Capital Markets, added that this often leads to the need for price adjustments and promotions to try and move the products that are taking up space. In many cases suppliers will be on board with these strategies when they are needed. However, to be successful, it requires businesses to be proactive in managing their store inventory levels and watch in-store and online shopping trends to stay ahead of the curve when it comes to pricing.

This issue can be compounded if you are dealing with multiple stores. In a recent press release, Wesley Uthus, the co-owner of a Minnesota fashion boutique, spoke about a new system his business deployed for inventory management. He mentioned that by adding five stores and four years, his company was in need of a single solution that show all inventory, sales and employees records in a single place.

“Now, my partner and I know what’s going on across all our stores at all times down to very specific detail,” Uthus said. “We can make informed decisions about which store needs our attention most on any day of the week. It helps us determine where we need to focus our resources to keep business running smoothly and profitably.”

Having the right point of sale and inventory system can make a huge difference for how organizations operate. With the help of retail consulting firm, any organization will be able to deploy a solution that works best for them. If you truly want the right POS system for your business you need to contact us at Visual Retail Plus for our free demo of our software.