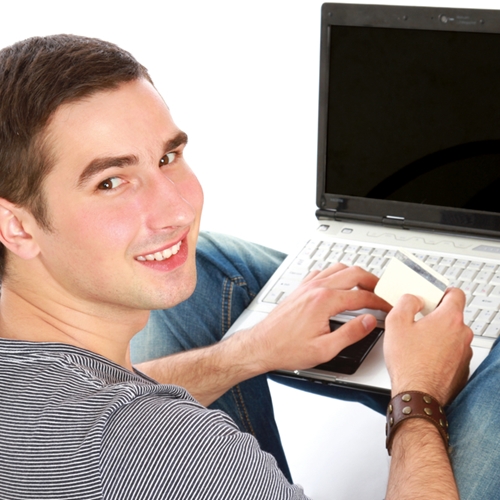 According to a U.S. Census Bureau report of the fourth quarter of 2012—the heaviest shopping season of the year—e-commerce plays a major role in how customers shop and its prominence has been increasing for the last decade. During that time period, e-commerce retail sales topped out at $59.5 billion. That is 5.4 percent of the $1.1 trillion in total sales made. It also represents a 15.6 percent increase from the fourth quarter of 2011 and a steady increase from the 1.4 percent in the first quarter of 2003.

Does this mean brick-and-mortar is dead?

If these trends continue, the question becomes, is the brick-and-mortar style of shopping obsolete? After all, if more consumers are avoiding going to the store for the ease of shopping from the couch, what are retailers to do?

First off, retailers can relax, as this is not a nail in the coffin of brick-and-mortar locations. While it is definitely easier to purchase some things online, the ability to try on a dress or take a car for a test drive have merits all their own that will keep physical locations strong. On top of that, there is still a large portion of the population that prefers to window shop and browse store fronts.

A recent article from Business 2 Community looked deeper into the report and attempted to answer the question. The biggest takeaway in the article is that retailers should not be afraid of the future of retail, but should instead start embracing it. Merchants need to change the way that they sell and adapt with their customers who are looking for ease of use, a price break and more.

“Consumers have also adopted the ‘showrooming’ approach, meaning they go into the store but bring their mobile devices along and compare in store prices to those of other stores online, many times ending up making the purchase from another vender using an online forum while still in-store,” the article reads. “The ease of online shopping is contributing to the e-commerce takeover that the U.S. Department of Commerce is reporting.”

Merchants need to understand that e-commerce is not going away, but it shouldn’t be feared. Instead, they should embrace and optimize it. With the help of a retail solution provider, like Visual Retail Plus, that can help deploy an integrated software solution, merchants can bridge the gap between the online and physical arenas. Please contact us for more information about our POS for retail, be sure and ask about how you can gain access to our exclusive demo!