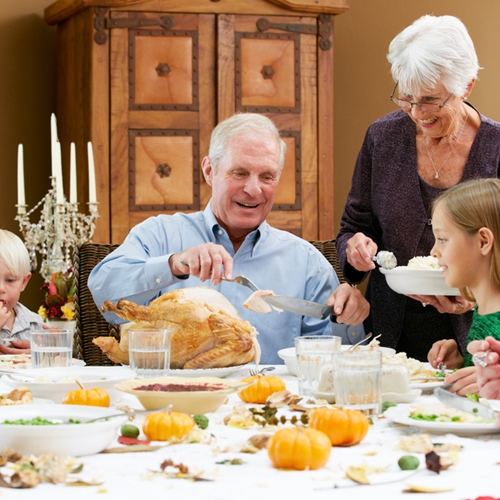 More retailers are opting to start holiday sales on Thanksgiving, rather than waiting for Black Friday.

This year, retailers are hoping to amplify their holiday success by starting Black Friday on Thanksgiving.

Sears announced this week that it would be opening its doors at 6 p.m. on Thursday evening, joining companies like Macy’s and Kohl’s who adopted the early bird strategy last year, opening at 8 p.m. on Thanksgiving. J.C. Penney is currently the company set to open the earliest, starting its sales at 5 p.m. Other stores like Target and Wal-Mart haven’t announced their holiday schedule.

Retailers are hoping that staying open earlier and for longer hours will allow them to grab a larger share of holiday sales. This year, the National Retail Federation predicts that Americans will increase their seasonal spending by 4.1 percent, reaching a total of $617 billion in November and December combined.

Ken Perkins, president of Retail Metrics Inc., told the Los Angeles Times that the early opening trend “is clearly siphoning sales out of Black Friday and the weekend in general. It’s really become a battle of attrition among retailers to capture sales as soon as possible. Once budgets are spent, they are spent. I don’t know why they don’t get it over with and stay open all of Thanksgiving,” he added. “It’s going to be inevitable within the next two years.”

Other companies, however, are announcing plans to close on Thanksgiving, perhaps in an effort to garner public favor. Costco, Nordstrom and Crate & Barrel have all expressed plans to remain closed on the holiday in order to give their employees a much-deserved break.

Still other retailers are starting to roll out holiday deals the week before Thanksgiving. Whatever your company’s plan is, make sure you’re functioning with only the best point of sales systems. Efficiency and accurate record keeping is crucial during the hectic holiday season, and will make your fourth quarter so much more productive.