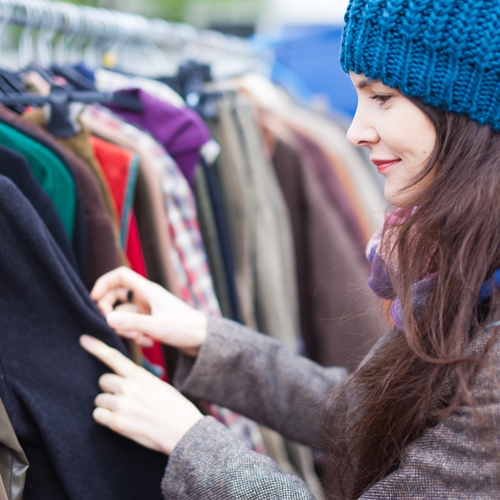 Pop-up shops now fill many of these spaces and offer consumers a tactile, personal shopping experience.

In recent years, big-box retailers have exited the swaths of territory they once occupied, leaving behind empty storefronts and gaping market gaps. Pop-up shops now fill many of these spaces and offer consumers a tactile, personal shopping experience free of the fluorescent glare and constant commotion many associate with larger retail spaces. Plus, many offer unique and curated collections you just can’t find at traditional stores, The New York Times reported.

Despite their popularity and novelty, pop-up shops aren’t the invention of some subversive millennial. These mobile retail spaces have been around for more than a decade. Some say the Ritual Fashion and Music Expo, which opened in Los Angeles in 1997, was the first U.S. pop-up enterprise, the Los Angeles Times reported. And, fashion designer Rei Kawakubo is credited for popularizing the trend in Europe when she opened an impromptu outdoor shop in Berlin for her brand Comme des Garcons in 2004, according to The Guardian.

In the years since these initial experiments, pop-up retail has taken off. According to Pop Up Republic, sellers with mobile stores rake in about $50 billion per year.

“It works out great because they get a chance to test out the market, without making a large financial investment, and we get to supplement our inventory by offering items we don’t normally carry,” Jim Giddon, co-owner of a mobile men’s apparel brand, told the publication. “We end up grabbing a customer that may not have walked in normally.”

This nimbleness has paved the way for widespread success and spurred further innovation within the pop-up community. Now, these businesses are everywhere. In January, clothing brand Canada Goose opened up a pop-up shop outside of the Sundance Film Festival in Park City Utah, Women’s Wear Daily relayed. And, in April, running apparel maker Janji set up across from the finish line at the Boston Marathon, according to Runner’s World. The four-person operation traded premiere retail space at a nearby shopping center for life on the road and its owners believe the move paid off.

“I think the big problem with the expo is you are surrounded by so many voices and brands trying to share their story, it’s very hard to get a clear voice through,” Dave Spandorfer, Janji’s co-founder, told the magazine. “A pop-up shop allows you to create a distinct experience. You get to share what you stand for.”

Of course, big box retailers have realized they too can benefit from the pop-up retail model and have started mobile enterprises of their own. Others have pioneered a pop-up-legacy hybrid called “store-in-store.” In this model, retailers collaborate with other brands to open pop-up-like setups inside traditional locations. This methodology enables legacy retailers to leverage their marketplace clout while offering novel shopping experiences that excite consumers.

With the rise of store-in-store and other pop-up-related trends, it seems mobile retailers have forced competitors to become more agile, which is certainly a good thing for modern consumers looking for tailored shopping experiences.

Interested in learning about more retail trends? Check out the Visual Retail Plus blog.