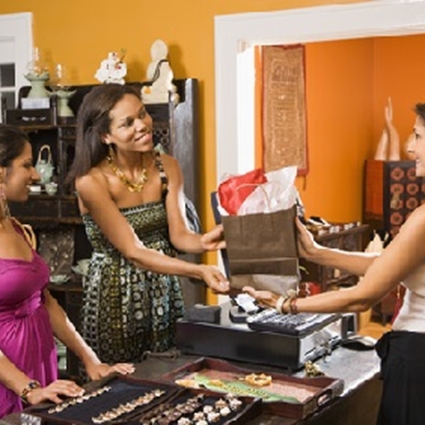 This year, retailers are hiring more seasonal workers than ever.

It’s a wonderful time of year to be in the market for a retail position, as it’s the most favorable job market seasonal workers have enjoyed since Dec. 2007.

Employees are being hired more quickly, and oftentimes for higher pay.

Wanda Tucker, for instance, has been searching for employment since April, and was hired on-the-spot for seasonal work at Banana Republic.

“I thought I was just going in for an interview,” she told Bloomberg. “It has been a blessing to have some money coming into the household.”

This year, about 821,000 seasonal workers will be employed, which is an 11 percent increase from last year and represents the highest number since records started in 1990.

Additionally, the unemployment rate in the retail sector fell to 5.1 percent in October, which is the lowest it has been since 2008.

“It’s the most wonderful time of the year for retailers’ sales at year end, so it is literally all hands on deck as they try to hire sales help,” said one economist to Bloomberg.

Employees are also enjoying wage increases and holiday bonuses as a way for companies to attract and retain help over the busiest season of the year. The National Retail Federation (NRF) projects that holiday sales will rise by 4.1 percent this year, which would be a major boon for retailers aiming to produce at least 20 percent of their yearly sales.

Before your company enters the holiday season, make sure your employees are operating only the most efficient and secure point of sale retail software currently available. It’s crucial to have a reliable system that is easy for seasonal workers to operate, so consider this as the perfect time to give your business an upgrade.