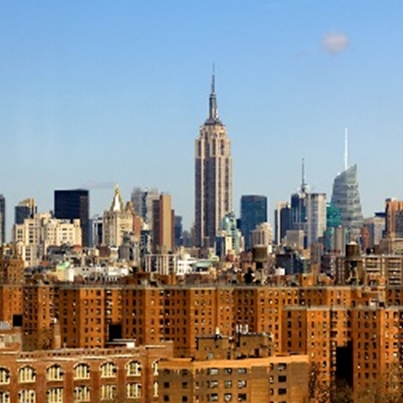 Although ecommerce now plays an important role as a platform for enhancing store image and leveraging customer service resources, it is clear that brick-and-mortar outlets are still by-and-large the favored shopping method of consumers. Statistics showing that 90 percent of customers prefer shopping in-store are supported by current real estate trends pointing to an uptick in retail this fall.

One example of a retail space that is currently experiencing large growth is New York City’s Garment District, an area originally known for its fashion and textile manufacturing. The Wall Street Journal reports that now pedestrians strolling into the area from Times Square and Herald Square can not only peak into fabric showrooms but also grab a bite to eat at an up-scale restaurant, buy a cup of coffee from a cafe or browse through clothing racks in popular retail stores such as Urban Outfitters.

Experts predict that the Garment District will never return exclusively to its manufacturing roots, but will rather embrace this new era of commerce while still retaining its sense of history and place in the fashion culture. This recent change is reflected in an increased valuation of retail space: two years ago, the average ground-floor space sold for $125 to $150 per square foot, while now the average ranges from $200 to $350.

This area’s growth is also reflected in the number of the District’s hotels, 28 of which have been added since 2005 with many still being developed. Tourists are beginning to head to the Garment District as a starting point from which to explore the city.

The increased value in Garment District real estate and the increased number of retail stores in the area reflects a positive trend for retailers, encouraging growth and undermining the myth that the brick-and-mortar store is a dying breed. It is therefore more important than ever for businesses to update their in-store point of sale systems to fully take advantage of any and all growth opportunities and minimize losses. Upgrade your current point of sale system to the Visual Retail Plus suite of solutions and maximize your small business.