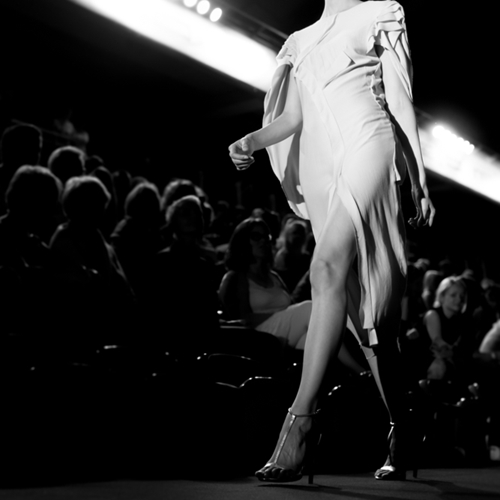 On Wed. September 8, designers and style aficionados from across the globe will descend on New York City for New York Fashion Week. The event – scheduled to run through September 15 – will no doubt lure the familiar fashion icons and celebrities who line its runways almost every year. However, some new faces are set to circulate Manhattan’s Meatpacking District during the much vaunted affair: pop-up retail sellers.

IMG, the organization tasked with managing the event, will host two streetside pop-up stores throughout the week, New York Magazine reported. The temporary shops – called The Shop and F.Y.I., respectively – will feature accessories and clothing from a number of designers, including haute couture stalwarts Chromat and Patricia Fields.

“IMG and its partners have embraced pop-up retail in an effort to make New York Fashion Week more accessible.”

According to industry insiders, IMG and its partners have embraced pop-up retail in an effort to make New York Fashion Week more accessible to members of the general public, many of whom can’t afford to attend runway shows. Plus, the shops give designers new and old the opportunity to reach out to everyday people, according to Fashion Week Daily.

“In our ongoing conversations with the fashion industry, we realized there’s a need for easily-accessible, multipurpose spaces that help our designers and partners connect directly with consumers,” Catherine Bennett, senior vice president and managing director for IMG, told the publication.

Of course, IMG won’t be alone. Celebrity style mavens Kendall and Kylie Jenner have organized pop-up storefronts for New York Fashion Week, each with items from their joint collection, the Los Angeles Times reported. Additionally, hip-hop artist and sartorial evangelist Kanye West will oversee three stores over the course of the event, according to the New York Observer. The shops are a part of West’s wider network of 21 temporary retail locations in cities across the U.S.

Want information about more retail trends? Head over to the Visual Retail Plus blog.