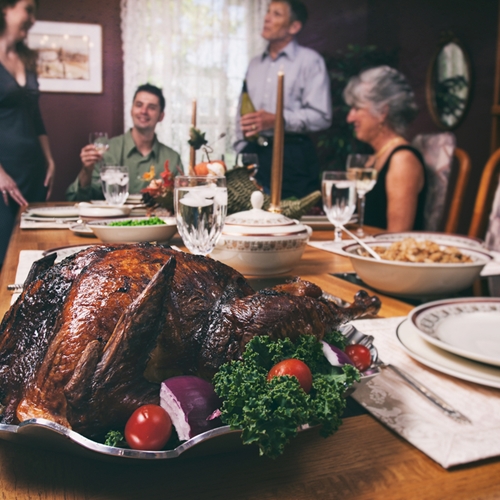 Retailers are pulling back on their Thanksgiving Day hours.

Traditionally, Black Friday is one of the busiest shopping days of the year. During the early morning hours on the day after Thanksgiving, bleary-eyed but excited shoppers line up to kick off the holiday shopping season – and snag some good deals in the process.

In recent years, some retailers have even sought to extend buying hours even earlier by opening on Thanksgiving Day itself. In fact, we wrote about this in a previous blog post. Stores hoped that if they could convince shoppers to spend their holiday budgets as quickly as possible they could capture more of those seasonal sales.

“Shopping on Thanksgiving has never been without controversy.”

Shopping on Thanksgiving has never been without controversy. Not everyone likes the idea of spending the day at the mall instead of with family and friends around the dinner table – or forcing employees to work on a day that they usually have off. And this year, we may be seeing the trend toward Thanksgiving shopping reverse somewhat.

The BestBlackFriday blog reports that 42 major retailers will remain closed on the holiday, along with hundreds of malls across the country. These include stores like Lowe’s, T.J. Maxx and IKEA. Forbes attributes this to poor sales numbers during last year’s Thanksgiving – according to ShopperTrak, in-store sales on that day fell by 12.5 percent in 2015.

Another explanation may be that the youngest generation of shoppers is simply uninterested on going out on Thanksgiving. TWICE editor Steve Smith suggests that millennials are spending more of their money at local establishments that don’t keep such hours.

Retailers can gain a competitive edge by reducing the rates of theft in their stores. Want information on more retail trends? Visit the Visual Retail Plus blog.