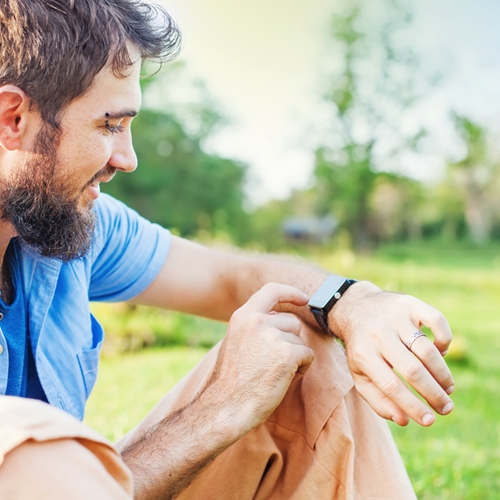 Device-makers have turned their attention to another rising wearable trend: smart fabric.

In recent years, the wearable technology market has taken off with consumers gobbling up enough smart watches and fitness trackers to outfit almost three-quarters of the U.S. population, reported information technology researcher Gartner. However, as of late, device-makers have turned their attention to another rising wearable trend: smart fabric.

The stuff has been around for a couple years. In fact, fashion label Ralph Lauren in 2014 debuted data-driven tennis gear at the U.S. Open, reported The New York Times. Ball boys at the tournament donned polo shirts wired with electronic sensors to measure and report vital signs.

“It’s fascinating to see this guy at the peak of his youth and his health, to watch the stress that he’s under when Roger Federer is handing him a ball,” David Lauren, executive vice president of advertising, marketing and corporate communications at the brand, told The Times. “You can actually see his heart rate spike. You can see his breathing.”

Over the last year, other clothing designers caught on and started offering similar products. Athletic brands like Nike now offer clothes made with sewn-in sensors. More traditional clothing companies are even embracing the trend. According to CNN Money, Levi’s, in partnership with Google, is in the process of developing jeans and jackets that can interact with smartphones and other devices.

Government entities are also testing the waters. The Department of Defense is currently collaborating with engineers from the Massachusetts Institute of Technology and Nike to create uniforms that change colors and make combat personnel invisible to enemy combatants equipped with night-vision technology. The DoD committed $75 million to the project, reported The Boston Herald.

Additionally, the Department of Commerce, along with Industrial Fabrics Association International, hosted the first ever Smart Fabrics Summit April 11 in Washington D.C.

“The practical applications resulting from the marriage of textiles and conductive technologies are virtually unlimited,” Mary Hennessey, president of the IFAI, said in a news release. “The high-tech fabrics produced by our member companies are helping to create new product possibilities all over the world. This is a vital growth market for textiles.”

Those in the textile sector are indeed benefiting from the rise of smart fabric, reported The Times. VF Corporation, the global retailer behind brands like Eastpack, North Face and Timberland, has already seen growth due such technology. Over the last two years, the company expanded its research and development department to address possible client requests, adding almost 1,000 jobs to the payroll.

Even organizations in outside industries are benefiting. Computer chip producers like Analog Devices and Intel are a part of the DoD project. So is medical device manufacturer Medtronic.

Not just a trend

These organizations and myriad others are banking on the viability of smart fabric. Many believe data-driven garments are the future.

“Clothing should be our partner in getting through life,” Amanda Parkes, Ph.D., a fashion technologist and chief of technology and research at the fashion startup incubator Manufactured New York, said in an interview with the Business of Fashion. “It’s up to us to define how we tap into the many modalities of the body through clothing as the interface to help us navigate the world, communicate, entertain or generally bring us greater understanding of ourselves.”

Though widespread smart fabric adoption is years off, you can prepare for the inevitable rush by updating your current point of sale and inventory system. Visual Retail Plus offers a flexible platform nimble enough to fit all businesses, big and small. Ready to make the switch? Contact us today.