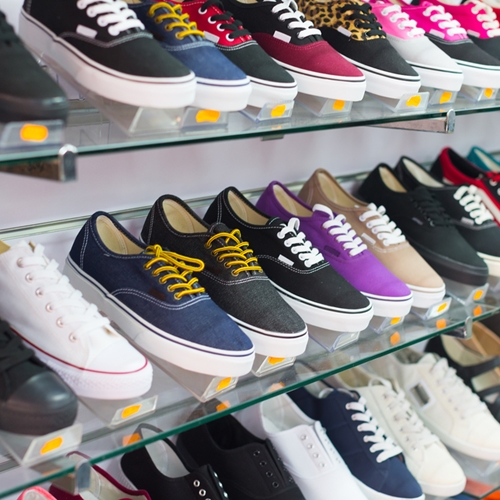 Zappos is looking to spur further footwear innovation by redefining an industry staple: the shoe box.

Zappos changed the shoe-selling sector when it proved that an online retailer could beat out established, brick-and-mortar merchants. Now, the company is looking to spur further footwear innovation by redefining an industry staple: the shoe box.

In June, Zappos switched out its well-known shipping boxes for an unusual and reusable alternative, Adweek reported. The new boxes appear normal on the outside but once opened, reveal printed templates for a variety of items, including a smartphone holder, a shoe sizer and a 3-D llama model. Customers can cut out the cardboard shapes with scissors and assemble the objects, piece-by-piece.

“The campaign encourages patrons to view their shoe boxes and the world around them in a new way.”

The company is promoting its new packaging with the I’m Not a Box campaign, which encourages patrons to look beyond preconceived notions or perceptions and view their shoe boxes and, by extension, the world around them in a new way.

“The Zappos box is our way of being there for our customers, wherever they are in life, as we provide them with the things they need and love. Every box has a unique story and purpose,” Kelly Smith, a content strategist for the shoe seller’s experimental marketing team, said in a company news release. “Not only do we want customers to know we genuinely care about their needs, but we also hope to inspire people to become the best version of themselves and to see the world with a new perspective.”

This campaign not only positions Zappos as an innovator but also succeeds in dispelling the sterile, impersonal image many consumers associate with online retailers, the National Retail Federation reported. More than 65 percent of shoe buyers purchase their footwear via the web, according to PricewaterhouseCoopers.

Interested in learning about more retail trends? Check out the Visual Retail Plus blog.